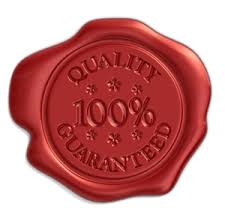 I read a very interesting article from OUSA regarding the matter of University Professors lack of mandatory training in teaching.  Why aren’t Professors at both Universities and Colleges not expected to also officially train in the area of teaching?

I have flip-flopped back and forth about my own training – I am currently a University Professor, I teach a lot and I don’t have an official certification in teaching. I do have a Ph.D. in Physiology and although I intended to go through a typical academic position that requires both research, teaching and service, I found myself in a position that focused mostly on teaching.  I was certainly excited to take on this type of unusual academic position as I had dreams of teaching high school biology and chemistry prior to the time I fell in love with research. But, being young (I was 27 at the time that I started as an assistant professor), a type A person that is obsessed with rule following and the fact that I have struggled with the “imposter syndrome“, I felt unprepared to step into a class to teach.  Instead of shying away from my fear, I specifically requested to have some lecture hours in a very large undergraduate class and was given five hours to teach lung physiology. Did I know any of that content prior? Not at all.  After it was all done, I felt uncomfortable with my efforts and the student evaluations certainly highlighted the items that I anticipated had not gone so well, and other things that never occurred to me were problematic ….ie. I talk too fast.

How did I correct my first attempt at teaching? Being used to high performance, I spent the summer reading a lot of literature on teaching, types of evaluation methods, visiting other professors lectures, asking other professors for advice and trying to figure out how I learned as a student sitting under someone else’s teaching methods. The next year was much better. I continued my pursuit for any training offered by our campus and continued to seek out mentorship.  After a number of years of continuing to learn and grow as a teacher, I have certainly become much better at my job.  Although I may still go and obtain official certification, but likely a Masters in Education, I don’t feel that this in itself will make me a better teacher but it is something I want to do for my own satisfaction in my desire to learn.

I don’t think official certification will solve the current issues regarding seemingly lack of interest in a small population of faculty members. But I do think that there should certainly be a HIGH value placed on excellence in teaching as well as research.   I would like to think that I would have been as aggressive in my desire to become a better teacher had it not been for the fact that my role at the University is to be an amazing teacher. I am not on a tenure track, we call people like me, limited term professors (ie. at the end of my contract, I can be easily let go), and my job description is 90% teaching, 10% service (as opposed to the traditional 40% research, 40% teaching, 20% service).   Sink or swim, publish or perish.  If I don’t perform and I don’t do my job, I am gone. That is like many professions in the world with the exception of the tenured professor. I certainly am not saying that tenure is necessarily the issue. However, if teaching is not regarded as lofty as an achievement as obtaining research dollars, then certainly in a time crunched career (WE WORK LIKE CRAZY!), somethings going to give and that something will be the thing that is less valued.  There are a lot of roles a professor has to be excellent at, many of which we are never trained for. Being the book keeper, the writer, the boss, the complaints department, the mentor, the researcher, AND the teacher.  As Ph.D. students, post-docs and as faculty, we have learned how to learn. We have also learned how to adapt quickly.

I am even surprised myself that I am not advocating for official training. I am not saying it is a bad idea, but the issues run deeper. I see mandatory training in itself not being the cure for those few grumpy professors who seem not to care about their teaching load. There certainly needs to be a cultural shift that values the work that happens in the classroom. And if faculty members would themselves see value in teaching simply because they are mandated to obtain teaching certification, then maybe it would solve the issues.  But I suspect many faculty would perform better in their teaching roles if in part of their yearly evaluations, the praise from their gains in teaching was AS respected as their level of grant funding and practical help was given to those that were struggling.  Maybe then as colleagues we can appreciate each others strengths and not value one skill set over another or treat each other like we have a more or less noble role in the academy.