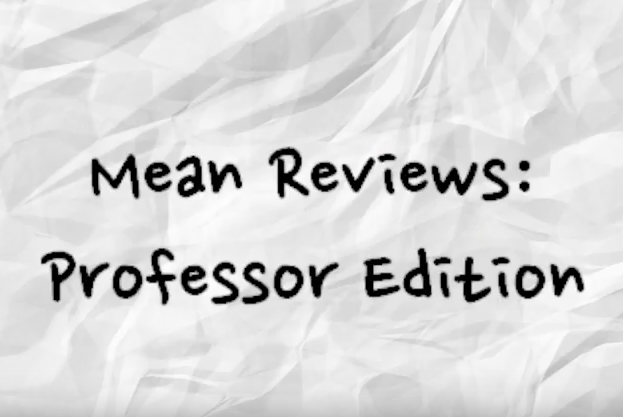 There is a hilarious sketch on Jimmy Kimmel where celebrities read mean tweets that have been posted about/sent to them. It is fun to watch and most of the time, super ridiculous that someone would have the nerve to say something so terrible about someone (know them or not).

Our science student council has adapted the idea and contacted me and other faculty to see if we would be willing to read some of our meanest student feedback on camera. I thought it was a great idea and agreed since I knew I likely had some worth using for this project. However I didn’t think about it enough because the painful part came when I dug through ten years of student feedback and had to relive the awful and hurtful comments that I had mostly repressed. After finally finding something to read that was laughable and not AS painful, I had already revisited enough comments to make me rethink my career. Seriously rethink it all.

All seriousness aside and my contemplation of life, here is the fun final cut. They did an amazing job, what a fun idea!

Now, just to preface. I don’t actually text during class. Who has that kind of skill? I do not own a watch….so my phone is my timer and I check it to make sure I am not getting behind. Why do I feel the need to have to explain myself?? I love my children, as I love my students. I talk about my students at home and sometimes mention my kids at work. Who can blame me? I also don’t stink…but that one was clever. I also have to say that Professor Haffie taught me and he was absolutely phenomenal and didn’t turn me against biology and solidified my major in Genetics.