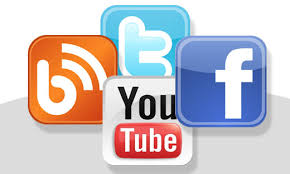 Your Social Media is a Reflection of Who You Are

I spoke with a colleague recently about a job they had applied to and the individual was able to see the specific searches on all of their social media in a matter of days from that potential employer.  Had they committed some of the social media crimes that I have observed, I doubt the employer would have given them a second thought.  It is not an uncommon practice for employers to put your name into google.  If you did so, what would you find?  I would hope to be observed as a professional, with a few family photos, links to my publications, news articles, a link to my twitter, academia.edu, linkedin and facebook.  I would hope that on all of these things, I am still viewed as a professional that happens to have a family and who drinks too much coffee.  I would hope that my twitter account was viewed as savvy and as a connoisseur of someone who read a lot of articles (instead of an hour to hour account of everything I thought/liked/ate/hated).

I use twitter in my classrooms as a way to generate buzz and to obtain some instant feedback in my large classes.  A part of using this as a tool is that I have to check who each student is who joins the class profile.  Unfortunately, in a quick little glance to validate human followers instead of bots, there are many things that I see that make me cringe.  If I were an employer, there are many profiles that would cause me to put an application in the garbage. I’m sorry.  If you are picking between the person with an immaculate presence on the internet versus those that use foul language like it is their job, that post about every person that they hate, and what exactly they think about their boss/professor….it would be a problem.

The careless manner in which many very intelligent, young individuals that I encounter on a daily basis, trash themselves on social media is such a shame.  So don’t be a victim of your own social media, clean it up and starting acting like a professional all the time. Unfortunately, there is always someone watching and if they are your future professional school interviewer or future boss, you would hope that you were viewed in a positive light.